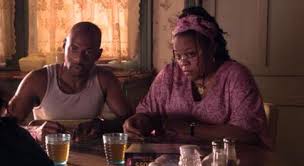 I walk up to the bar,

Ready to consume that American dream

Often lost in inebriation or other things.

That dream that everyone knows happened,

but can’t seem to remember.

I order a Manhattan, and the bartender pours me a splash

She adds so many garnishes my lips can’t reach the glass.

I’ll throw in two drinks free to keep you around.”

I stack the garnishes on a paper towel to the side,

I get a napkin and filter out the goldschlagger flakes.

A small return on my investment.

from an almost empty bottle.

She whips it down the bar towards me so fast

that it falls right off the bar and into a bucket.

“You’re welcome to lick the bucket, but most people just forget about it.

We actually discount an average of $5.00 between the whole bar

when someone orders one.  But it’s one-a-night.”

I order a peacemaker.

She opens a fresh half gallon of clear liquor and places it down.

“If you finish it your tabs free.” She says

“If you don’t, you can help make the next batch,

Here’s the silver lining:  you can share that bottle with anyone of your own skin color.”

I hoist the bottle, I take a swig, not bad.

I look around, a girl whose skin is the same hue as mine is playing pool, and I invite her over.

Together we guzzle our way toward freedom,

but we are shy of the mark by half a bottle.

She gives me a look that says she’ll go soon

Belligerent and revelrous I start a singing

People ’round here might think I’m crazy, but I don’t care”

People start cheering, a string of dances break out,

She seems fortified, like she may stay after all.

The bartender comes up,

“I forgot to mention that if you finish that bottle, the cost is distributed among the other customers”

The other people at the bar instantly jeer in our direction.

One man comes up and threatens to take the bottle.

I say “calm down folks, this bottle is cheap as hell”

The owner of the bar chimes in loudly that ‘the cost would be about $5.00 a person”,

which if we finished it would put everyone else’s tabs back at normal price.

Still, my inability to share with my cohorts limited their empathy.

A man walked up. He took the bottle and a good gulp,

Passed it to his friends, who also took a swig.

A man sets the bottle back down,

Less than an eight full.

The bartender looked at me,

Then she opened the door to the back,

Where she showed me the still

And my drunk ass went to work.

(Next time the elixir would be holy water.)